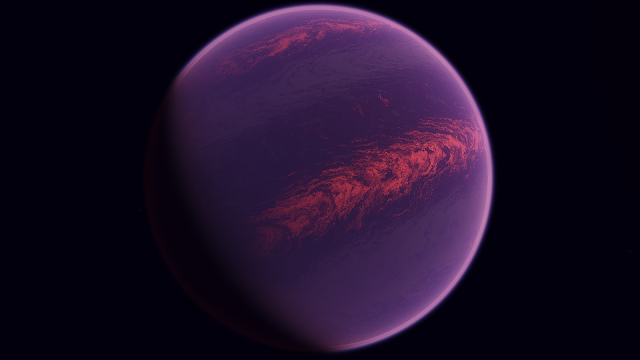 With the masses and radii of both planets known, the density of HATS-15b is 1.97 g/cm³ and the density of HATS-16b is 1.86 g/cm³. Interior models suggest that HATS-15b does not possess a core while HATS-16b probably has a low-mass core. Being so close to their parent stars, both planets have very high equilibrium temperatures and are classified as hot-Jupiters. HATS-15b has a temperature of 1500 K and HATS-16b has a temperature of 1600 K. 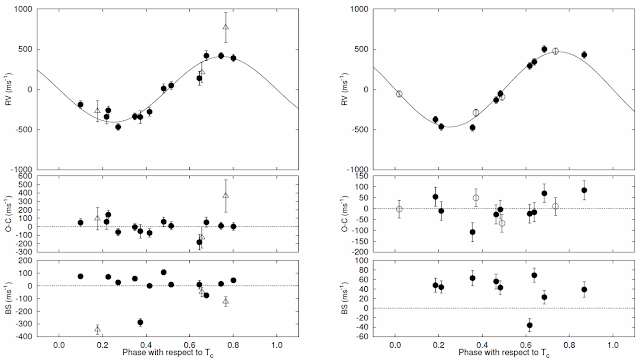 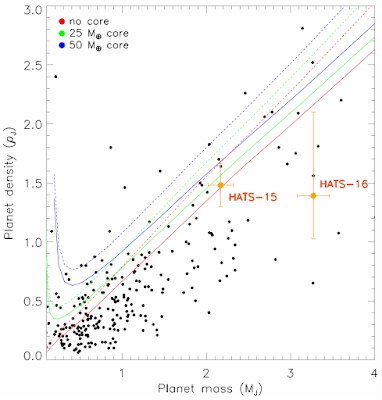 Figure 4: HATS-15b and HATS-16b (highlighted in orange) are presented in the mass-density diagram showing the known transiting planets for which the mass is measured. The superimposed lines represent the expected density of planets having an inner core of 0, 25 and 50 Earth masses, and calculated for 10 bullion year old planets at 0.02 AU (solid lines), and 0.045 AU (dashed lines) from their parent stars. It can be seen in the diagram that planets with ~2 to 3 times the mass of Jupiter are much rarer than planets with ~0.1 to 1 times the mass of Jupiter. Ciceri et al. (2015)