ExoplanetSat is a proposed miniature space telescope that is designed to seek out Earth-like planets orbiting nearby bright Sun-like stars using the transit method. When a planet happens to pass in front of its host star, it dims its host star by a small amount which depends on the planet-to-star area ratio. ExoplanetSat is comprised of 3 CubeSat units joined together with total dimensions of just 10 cm × 10 cm × 34 cm. CubeSats are a class of nanosatellites developed at Stanford University and California Polytechnic State University to facilitate low-cost access to space. A single CubeSat unit measures 10 cm on a side and has a mass on the order of 1 kg. By adopting the standardized CubeSat form factor, ExoplanetSat can be built at a much lower cost than a larger or non-standardized configuration. The compactness of ExoplanetSat allows it to piggyback the launch of large spacecraft to orbit which further reduces cost. 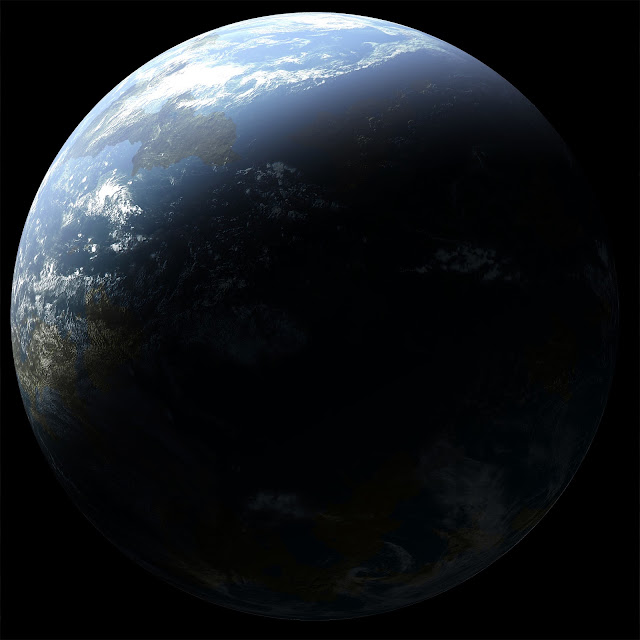 ExoplanetSat will monitor a single Sun-like star for the presence of transiting planets. If a transiting planet is detected, the star will become a high-priory target for follow-on observations. A transiting planet offers a unique opportunity for its atmospheric constituents to be characterized. During a transit event, some of the starlight passes through the planet’s atmosphere and picks up spectral features to create a planetary transmission spectrum. By studying the planetary transmission spectrum, the planet’s atmospheric constituents can be determined. Although this technique allows the atmospheres of Earth-like planets to be studied, it only works for stars that are bright enough. Hence, ExoplanetSat will target the nearest and brightest Sun-like stars. Once a single ExoplanetSat prototype has been flown successfully, multiple copies can be made and launched to allow for the monitoring of multiple target stars simultaneously for transiting planets. 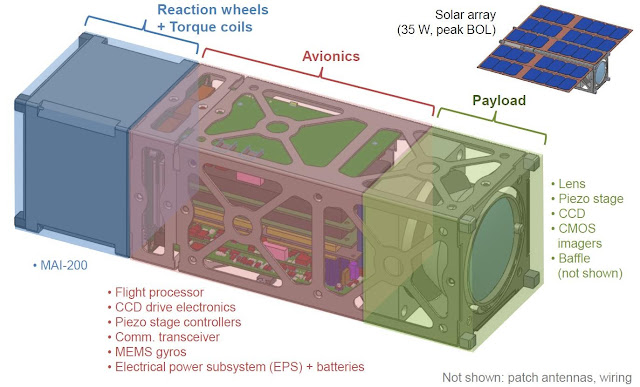 Figure 2: Baseline configuration of the ExoplanetSat.

ExoplanetSat uses an optical payload which consists of a commercially available single lens reflex (SLR) camera lens and a composite focal plane array made up of a single CCD detector surrounded by multiple CMOS detectors. The CCD performs the photometric function of accurately monitoring the brightness of its target star for transiting planets. The CMOS detectors track the centroids of surrounding “guide” stars and keep the telescope precisely pointed at the target star. To detect the tiny dimming caused by a transiting Earth-size planet, ExoplanetSat will need a photometric precision of better than 10 ppm. This will be a challenging goal to reach within the constraints of a CubeSat. If the 10 ppm photometric requirement cannot be met, then the science objective may be adjusted to focus on detecting larger planets or Earth-size planets around dimmer stars.

The shift in all-sky surveys to longer wavelengths, from the optical, to the near-infrared and mid-infrared, have led to significant progress in the discovery of brown dwarfs with ever cooler temperatures. Brown dwarfs fall in four spectral classes (M, L, T and Y) with spectral class Y being the coolest. Since brown dwarfs cool as they age, the majority of brown dwarfs in the Sun’s neighbourhood with typical ages of several billion years are observed to fall under the T-type and Y-type spectral classes. 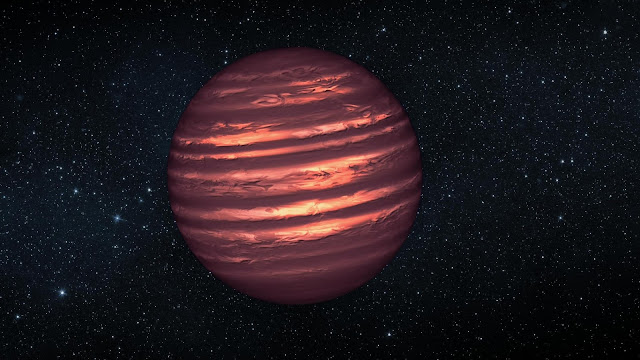 Nevertheless, a complete census of brown dwarfs in the Sun’s neighbourhood is far from complete. Kirkpatrick et al. (2012) found that there are currently about six times more stars than brown dwarfs within 8 pc of the Sun. The known proportion of brown dwarfs to stars is expected to increase with time as new discoveries are catalogued. In fact, the discovery of a pair of brown dwarfs located at just 2 pc from the Sun by Luhman (2013) shows that such an expectation is justifiable.

A recent search by Bihain et al. (2013) using data collected by NASA’s Wide-field Infrared Survey Explorer (WISE) discovered 3 new brown dwarfs in the Sun’s neighbourhood. One brown dwarf in particular, designated as WISE J0521+1025, is a T7.5-type spectral class brown dwarf located at a distance of just 5 pc away. The other 2 brown dwarfs are located slightly beyond 10 pc away. These nearby brown dwarfs were found by looking for high proper motion objects in the WISE dataset. This is because objects nearer to the Sun tend to have higher proper motions, just like how trees along the side of a road appear to move faster than distant mountains.

Observations of Saturn’s moon Enceladus by NASA’s Cassini spacecraft have revealed the presence of jets of water vapour and ice particles emanating from warm tectonic ridges at the south pole of the moon. The heat required to power these jets is much larger than what may be produced by the decay of radioactive elements in the moon’s rocky core. Instead, the heating power is most likely produced by tidal heating resulting from the damping of Enceladus’ orbital eccentricity. 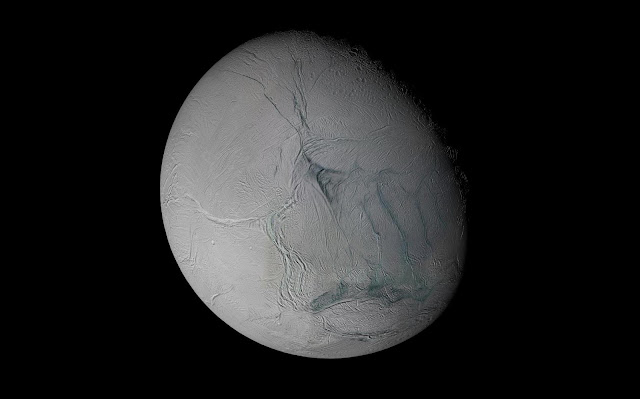 The ice-albedo feedback is expected to play an important role in determining the climates of many terrestrial planets. It is based on the positive feedback between decreasing surface temperatures, an increase of snow and ice cover, and an associated increase in the planet’s overall reflectivity, which then further decreases surface temperature. Basically, the ice-albedo feedback describes the possible runaway cooling of a planet’s surface. This can cause a terrestrial planet to be locked in a snowball state where ice and snow completely covers the planet from Pole to Pole.

Previous studies have shown that the strength of the ice-albedo feedback is reduced for terrestrial planets around M-dwarf stars. This is because M-dwarf stars emit mainly in the near-infrared where the snow/ice reflectivity is low. In comparison, our Sun emits primarily in the visible where the snow/ice reflectivity is high. A recent study by Paris et al. (2013) investigates the influence of a planet’s atmosphere on the ice-albedo feedback. 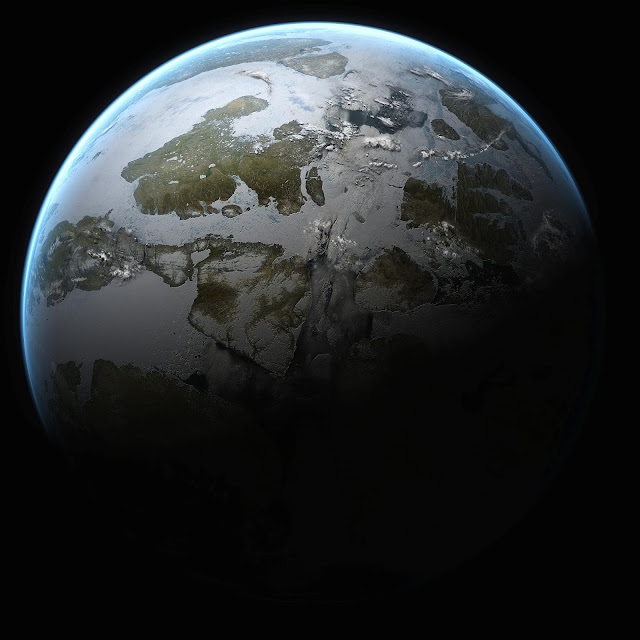 Artist’s impression of a frozen terrestrial planet with ice covering much of the planet. Credit: Scott Richard

The study shows that for a planet with a dense carbon dioxide atmosphere, the ice-albedo feedback is suppressed whereby the difference in the planet’s reflectivity between the ice and ice-free cases is strongly reduced. A terrestrial planet located towards the outer edge of the habitable zone around its host star can be expected to have a very dense atmosphere comprising up to several bars of carbon dioxide. As a result, a suppressed ice-albedo feedback can allow such a planet to remain habitable by keeping it from entering a snowball state via runaway cooling.

The type of star around which a terrestrial planet orbits also has a large effect on the planet’s overall reflectivity. For a planet with a dense carbon dioxide atmosphere, its overall reflectivity is found to be 2 to 3 times higher if it were orbiting around a Sun-like star instead of an M-dwarf star. This implies that terrestrial planets around M-dwarf stars can be 10 to 20 percent further away and still receive the same net stellar energy input into their atmospheres. It could mean that the habitable zone around an M-dwarf star is widened with respect to the habitable zone around a Sun-like star.

Reference:
Paris et al. (2013), “The dependence of the ice-albedo feedback on atmospheric properties”, arXiv:1308.0899 [astro-ph.EP]
Posted by Koh Xuan Yang at 8:46 PM
Email ThisBlogThis!Share to TwitterShare to FacebookShare to Pinterest

A preliminary search for very short period transiting planets in the publicly available Kepler dataset has revealed 13 planet candidates with orbital periods ranging from 3.3 to 10 hours. Confirming whether these planet candidates are indeed planets will require additional follow-up observations and data analysis. If revealed to be true planets, they can only be small rocky planets since gas giant planets cannot survive at such small distances to their host stars.

Even with just a few Earth masses, these planet candidates can induce stellar radial velocity signatures (~ 10 m/s) that are large enough to be detectable by current ground-based instruments. The reason is because these planet candidates orbit incredibly close to their host stars and exert much larger gravitational tuggings on their host stars as compared to similar planets orbiting further out. For example, a 10 Earth mass planet in a 5 hour orbit around a solar mass star induces a radial velocity of 10 m/s. 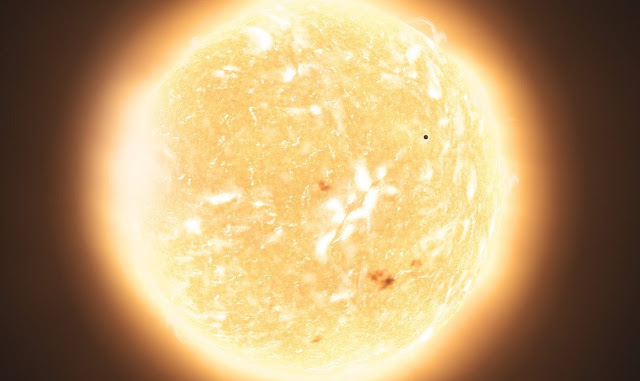 The upcoming Transiting Exoplanet Survey Satellite (TESS) mission has a short observational cadence length of one minute. This makes TESS ideal for finding transiting planets with very short orbital periods that may be missed by Kepler’s 30 minutes observational cadence. If very short period planets are common, they should represent a significant fraction of the planets TESS finds.

Another possible origin for very short period planets is by the tidal disruption of gas giant planets that come too close to their host stars. In this process, what is left of the tidally disrupted gas giant planet is its small rocky core in a very close-in orbit around its host star. The detection of these 13 very short period planet candidates adds yet another fascinating and unanticipated species to the growing menagerie of planetary systems. 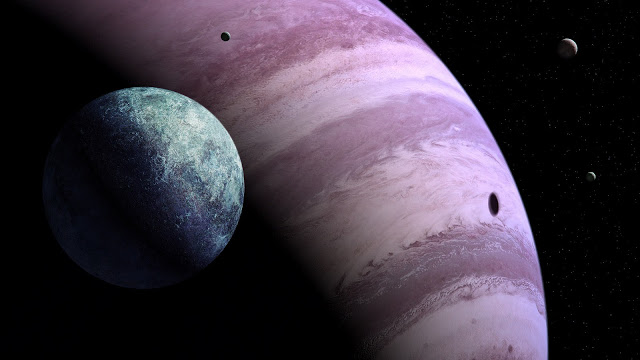 Williams (2013) proposes that terrestrial-sized moons can exist around gas giant planets through a formation process known as binary-exchange capture. This process occurs when a binary comprising of two terrestrial-sized objects is tidally disrupted during a close encounter with a gas giant planet. One member of the binary gets ejected (escaping mass) while the other remains behind as a moon (captured mass) around the gas giant planet. Binary-exchange capture can only take place if the ratio of captured mass to escaping mass is not too large.

In our Solar System, Neptune’s moon Triton is believed to have been placed into orbit around Neptune via binary exchange capture. This is because Triton’s orbit around Neptune is retrograde, which means it orbits in the opposite direction to the planet’s spin and could not have accreted out from a circumplanetary disk around Neptune. Although Triton in nowhere as massive as a terrestrial-sized moon, its existence does supports binary exchange capture as a viable mechanism. 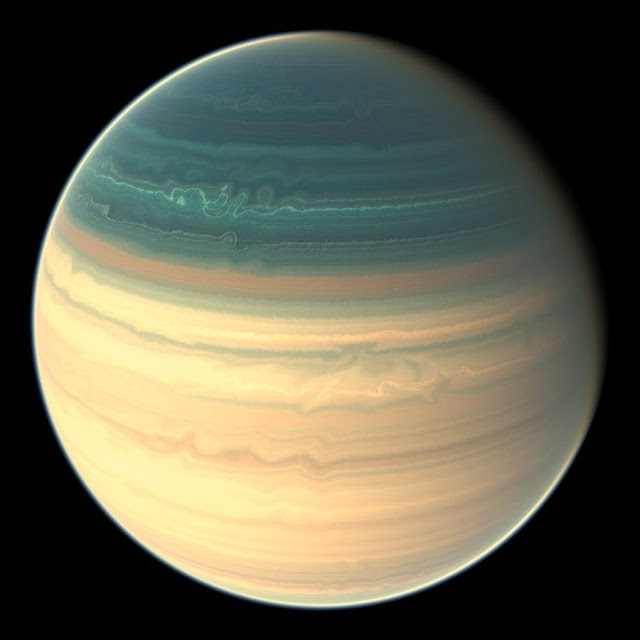