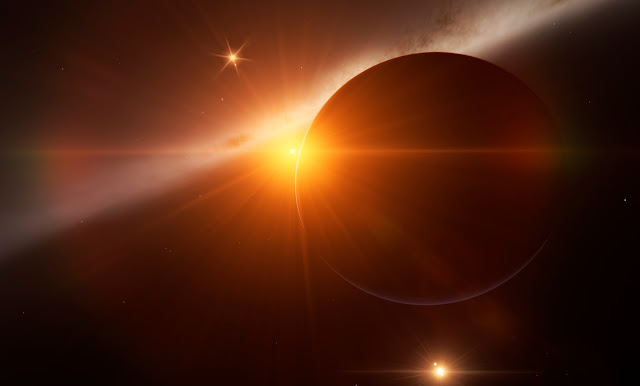 2M0441+2301 AabBab is a relatively young system, estimated to be between 1 and 3 million years old. All four objects show spectroscopic signs of low surface gravity, indicating that they are young and bloated, and still in the process of contracting down. Additionally, Aa and Ab both show weak emissions indicating the ongoing accretion of material. If 1,800 AU is the true separation between Aab and Bab, then both binaries would have completed less than 20 orbits around each other in the last 3 million years. All four objects of this young quadruple system are believed to have formed in the same way stars do. 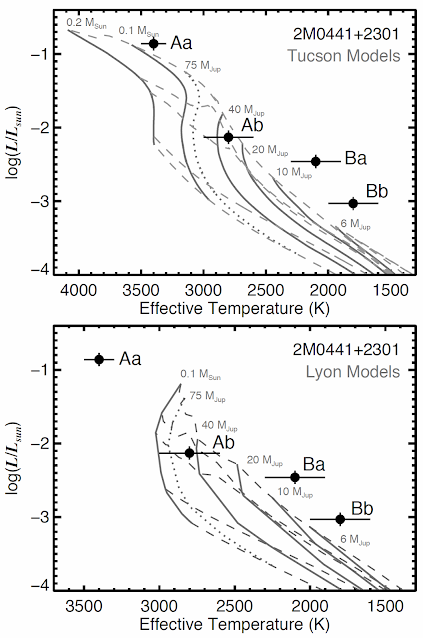 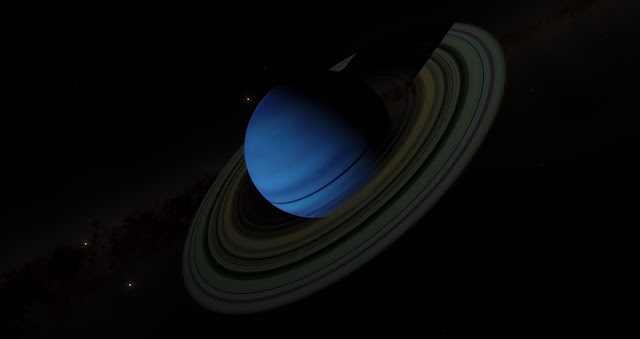 Combining observations by the Spitzer space telescope and observations by ground-based telescopes, Street et al. (2015) present the discovery of a cold Neptune-mass planet in orbit around a red dwarf star. The planet was detected using a technique known as gravitational microlensing, whereby the gravitational field of a foreground object, in this case, the newfound planet and its host star, acts as a lens, magnifying the light of a more distant background star.

As the planet and its host star crossed the line of sight to the background star, it caused the brightness of the background star to change with time. The change in brightness was observed in the form of a light curve. The gravitational microlensing event is designated as OGLE-2015-BLG-0966, and the planet is identified as OGLE-2015-BLG-0966b, with the lowercase suffix “b” indicating its planetary nature.

By analysing the light curve, the planet is estimated to have 21 ± 2 times the mass of Earth and it orbits a relatively small star with 38 ± 4 percent the Sun’s mass. Both the planet and its host star are estimated to lie 8,000 to 11,000 light years away, in the direction towards the center of the Milky Way galaxy. The projected separation of OGLE-2015-BLG-0966b from its host star is between 2.1 to 2.7 AU, where one AU is the Earth-Sun distance. At such a distance from its host star, OGLE-2015-BLG-0966b receives a relatively low amount of stellar insolation, making it a cold Neptune-mass planet. 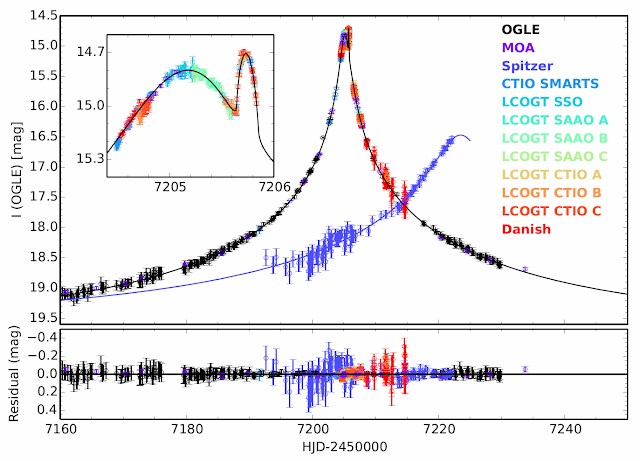