A System of Five Super-Earths and a Saturn-Mass Planet 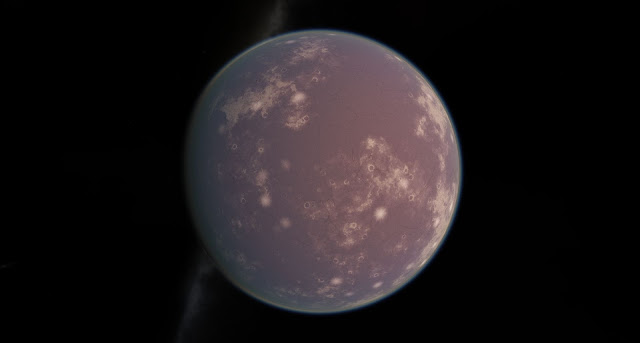 The six planets around HD 219134 were detected by precisely measuring the tiny wobbles the planets induce on their host star. The 5 inner planets are orbiting too close, and hence, too hot to be habitable. Nevertheless, HD 219134 is 0.31 times as luminous as the Sun and a planet orbiting it at 0.56 AU, corresponding to an orbital period of 167 days, would receive the same intensity of stellar radiation Earth receives from the Sun. If this hypothetical planet has a mass equal to that of Earth, the amount of wobbling it induces on its host star would be challenging but not impossible to detect.

Posted by Koh Xuan Yang at 6:00 AM
Email ThisBlogThis!Share to TwitterShare to FacebookShare to Pinterest 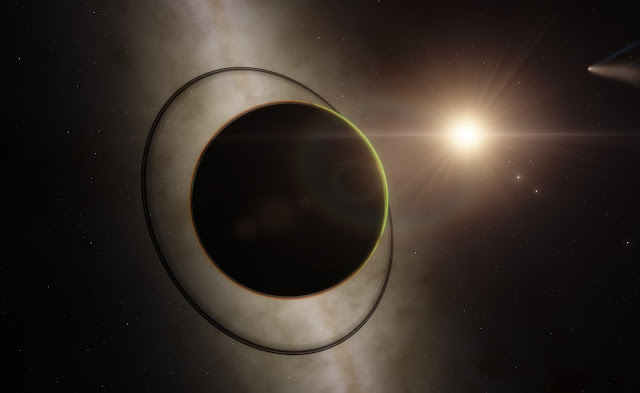 HAT-P-57b is a giant planet in a close-in orbit around a rapidly rotating A8V star. A-type stars are more massive and much more luminous than F, G and K-type stars. To date, only a handful of planets have been found around A-type stars. HAT-P-57b was detectable because it transits its host star every 2.465 days, which is also the orbital period of the planet around its host star. Such a short orbital period implies HAT-P-57b is in an extremely close-in orbit, only about 5 stellar radii from the surface of its host star. HAT-P-57b is estimated to have an equilibrium temperature of roughly 2200 K. 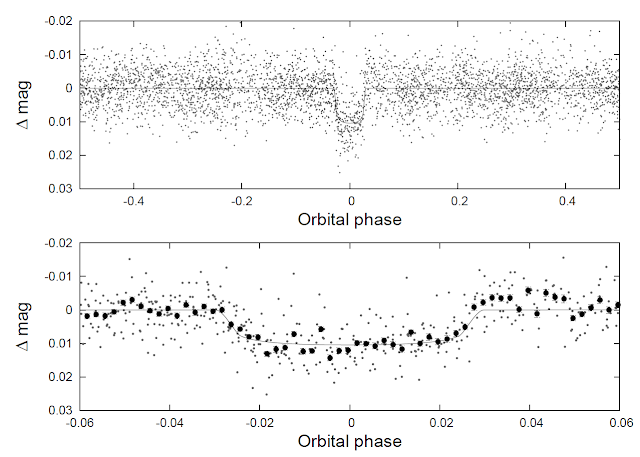