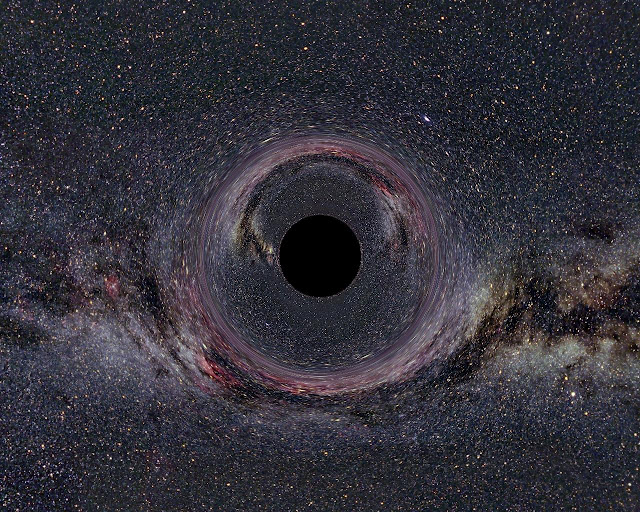 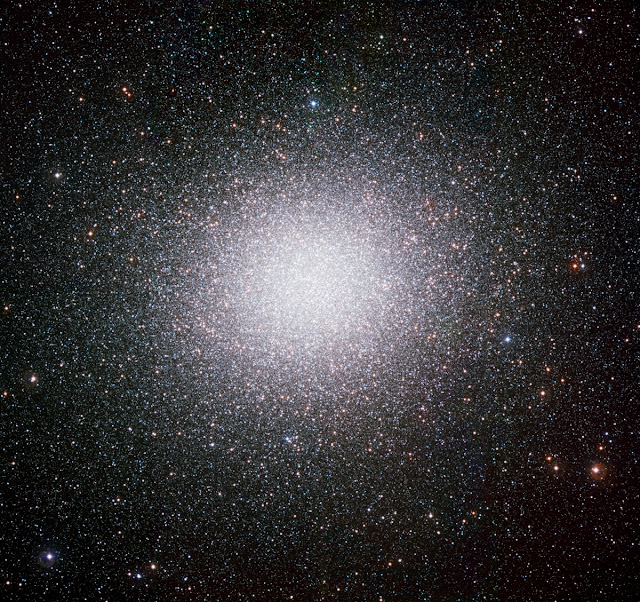 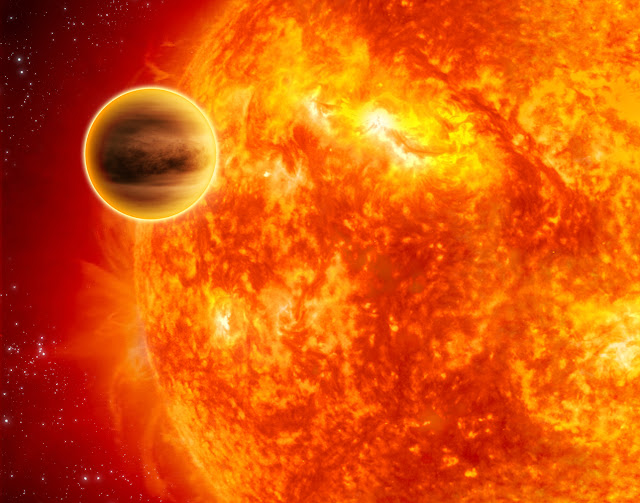 WASP-33b orbits its host star at a distance of just 3.82 million kilometres, making it 15.2 times closer to its host star than the planet Mercury is from our Sun. At such a close distance, WASP-33b takes just 1.22 Earth days to complete one orbit around its host star. The host star of WASP-33b is a spectral class A5 star that has 1.44 times the diameter of the Sun, 1.50 times the mass of the Sun, almost 6 times the luminosity of the Sun and a surface temperature of 7430 degrees Kelvin. WASP-33b is expected to be tidally locked whereby one hemisphere is locked to perpetually face its host star while the other hemisphere faces away from its host star. The mass of WASP-33b is deduced to be less than 4.1 times the mass of Jupiter while the diameter of WASP-33b is estimated to be almost 1.5 times the diameter of Jupiter.
Assuming an albedo of zero and uniform heat redistribution to the night-side, the equilibrium temperature of WASP-33b is estimated to be around 2700 degrees Kelvin. In comparison, the planet WASP-12b which was previously the hottest known extrasolar planet has an estimated equilibrium temperature of 2500 degrees Kelvin. Furthermore, the hottest temperature measured for WASP-33b stands at a blistering 3466 degrees Kelvin, making it the hottest temperature ever recorded for an extrasolar planet. At this temperature, metals such as iron, gold and aluminium will not be able to condense into a liquid from their gaseous forms. This huge temperature suggests that the heat transport from the day-side of the planet to its night-side is inefficient and this enables a very high temperature to persist on the planet’s day-side.
The sub-stellar point on the tidally locked WASP-33b is basically a spot on the planet where its host star is always directly overhead. On this blazingly hot spot, the host star of WASP-33b will appear around ten thousand times brighter than our Sun would appear on a clear day on the Earth. The amount of irradiation received by WASP-33b is so enormous that the total amount of energy incident on an effective area of just one square meter on the sub-stellar point on WASP-33b for a period of one year will equal the amount of energy released in a 90 kiloton nuclear explosion.
Posted by Koh Xuan Yang at 9:54 PM
Email ThisBlogThis!Share to TwitterShare to FacebookShare to Pinterest

From a thousand miles above the Earth - from, say, a space station in a two-hour orbit - the Earth is a great sphere. The kingdoms of the world revolve below. Details disappear around the horizon's curve; other, hidden features rotate into view. At night, glowing cities outline the continents.

But from a thousand miles above the Ringworld, the world is flat, and the kingdoms thereof are all there at once. The rim wall was of the same stuff as the Ringworld floor. Louis had walked on it, in places where eroded landscape let it show through. It had been greyish, translucent, and terribly slippery. Here the surface had been roughened for traction. But the pressure suit and backpack made Chmeee and Louis top-heavy. They moved with care. That first step would be a beauty.
At the bottom of a thousand miles of glassy cliff were broken layers of cloud, and seas: bodies of water from ten thousand to a couple of million square miles in area, spread more or less uniformly across the land, and linked by networks of rivers. As Louis raised his eyes, the seas grew smaller with distance ... smaller and a little hazy ... too small to see, until sea and fertile land and desert and cloud all blended into a blue knife-edge against black space.
To left and right it was the same, until the eye found a blue band swooping up from the infinity beyond the horizon. The Arch rose and narrowed and curved over and above itself, baby blue checked with midnight blue, to where a narrow ribbon of Arch lost itself behind a shrunken sun.
This part of the Ringworld had just passed its maximum distance from the sun… but a Sol-type star could still burn your eyes out. Louis blinked and shook his head, his eyes and mind dazzled. Those distances could grab your mind and hold it, leave you looking into infinity for hours or days. You could lose your soul to those distances. What was one man when set against an artefact so huge?
- Larry Niven, 1980
The Ringworld is a hoop-shape megastructure that is constructed around a star and its dimensions are so vast that it makes the physical sizes of entire planets seem insignificant in comparison. From afar, the Ringworld will appear as a circular ribbon-like structure which completely encircles a star. The Ringworld spins in order to generate artificial gravity from centrifugal forces to establish a habitable environment across its entire inner surface. In this article, I will be describing a hypothetical Ringworld which exists around a Sun-like star.

Spanning a diameter of 300 million kilometres, a circumference of 942.48 million kilometres and a width of 2 million kilometres, the Ringworld features a habitable Earth-like environment which spans an immense area of 1880 trillion square kilometres over its entire inner surface. This unimaginably huge area is almost 3.7 million times the total surface area of the Earth! This is like having 3.7 million Earths all mapped flat and joined edge to edge. With an average thickness of 40 kilometres and with an average density that is similar to the Earth’s crust, the Ringworld is estimated to have a total mass of about 33000 times the mass of the Earth or about 10 percent the mass of our Sun. 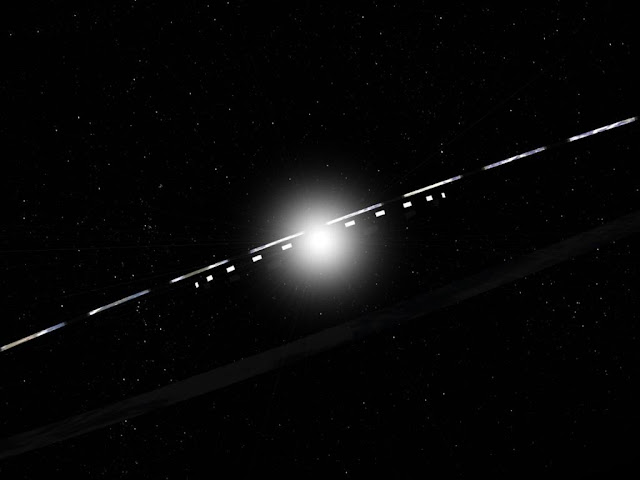