A Hot Jupiter with Friends 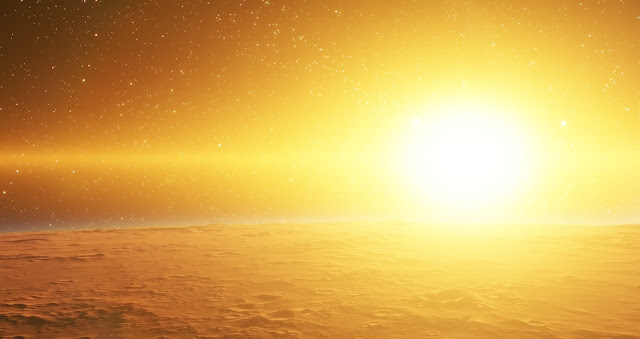 With a super-Earth interior to it and a Neptune-sized planet exterior to it, WASP-47d is the first known hot-Jupiter with close-in planetary companions. The orbits of the two planetary companions are coplanar with WASP-47b, and all three planets have almost perfectly circular orbits. WASP-47b and its two close-in companion planets form an extremely compact planetary system. The orbits of all three planets fit well within Mercury’s orbit around the Sun. Nevertheless, calculations indicate that the planetary system is dynamically stable in the long run. 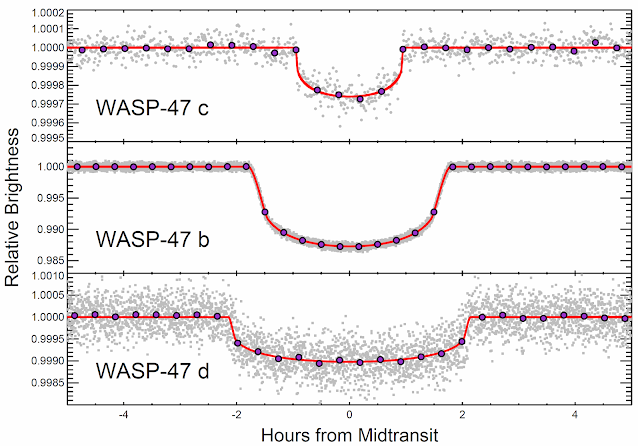 Massive Brown Dwarf in Resonance with its Host Star 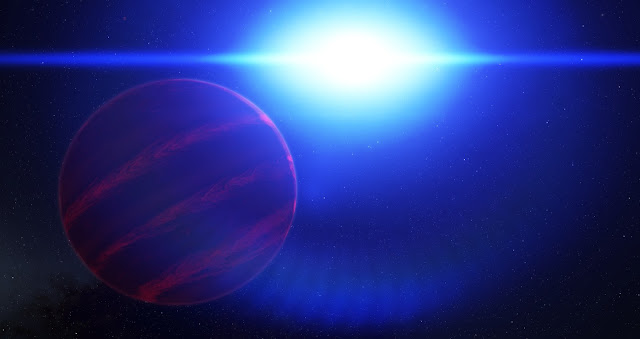 CoRoT is a space observatory which hunts for exoplanets by searching for dips in the brightness of stars when a planet happens to pass in front of its host star. Using data collected by CoRoT during its mission, Csizmadia et al. (2015) present the discovery of a massive brown dwarf that orbits a Sun-like star in a close-in orbit with a period of 5.82 days. The brown dwarf is identified as CoRoT-33b. Together with radial velocity measurements, CoRoT-33b is estimated to have 1.1 times the radius and 59 times the mass of Jupiter. The bulk density of CoRoT-33b is 55 g/cm³, several times the density of iron.

Although giant planets and brown dwarfs are similar in size to Jupiter, their masses can range from roughly the same mass as Jupiter up to ~80 times the mass of Jupiter, the maximum mass for brown dwarfs. CoRoT-33b is a relatively rare object and it is in the so called brown dwarf desert. Brown dwarfs in close-in orbits around solar-type stars (i.e. FGK main sequence stars) appear to be ~10 times less common than giant planets in similar close-in orbits around solar-type stars. CoRoT-33b may be in a 2:3 resonance with its host star. The host star of CoRoT-33b rotates twice for ever 3 orbits of CoRoT-33b.