The Hottest White Dwarfs in the Galaxy

White dwarfs are the dense leftover cores of stars that were not massive enough to end their lives in supernova explosions. After a white dwarf forms, it can be extremely hot, with surface temperatures exceeding ~100,000 K. H1504+65 and RXJ0439.8-6809 are two of the hottest white dwarfs known in the galaxy. Both white dwarfs are estimated to have ~0.015 ± 0.01 times the radius of the Sun, which translates to a radius of roughly 10,000 km. 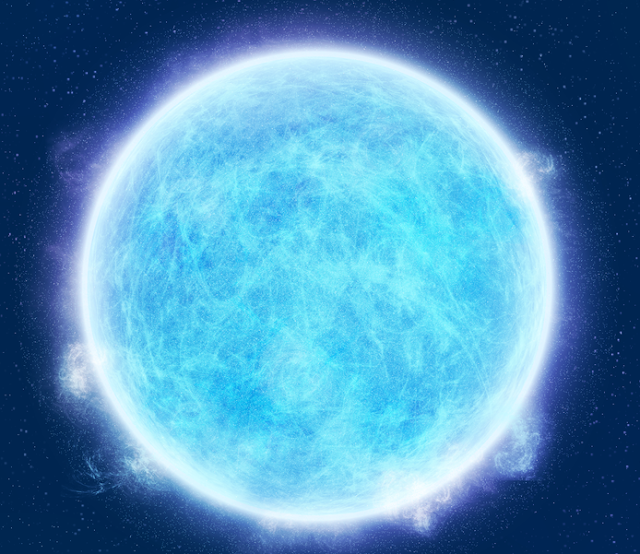 Observations of H1504+65 and RXJ0439.8-6809 show that both white dwarfs have extreme surface compositions comprised of carbon-oxygen dominated atmospheres that are devoid of hydrogen and helium. It remains unknown as to how the hydrogen-helium envelopes of both white dwarfs can be eroded away to expose their hot carbon-oxygen interiors. 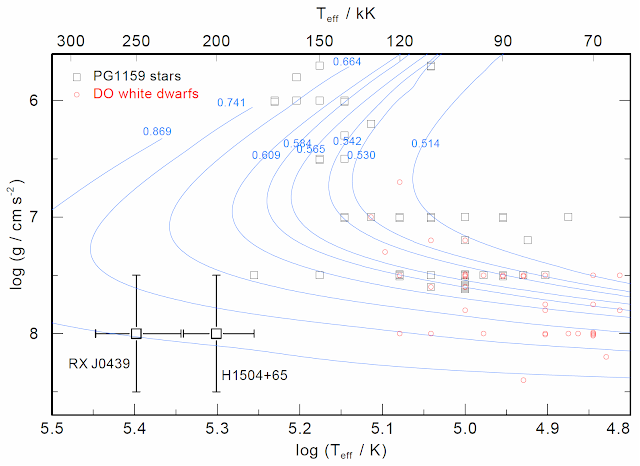