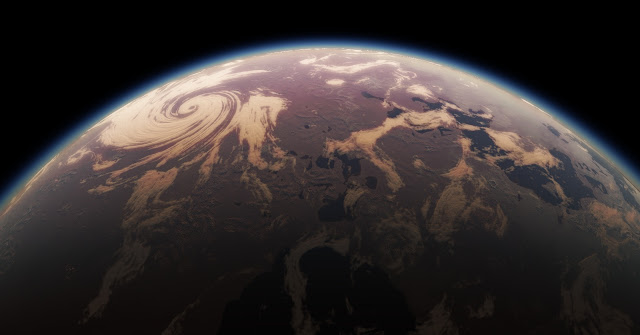 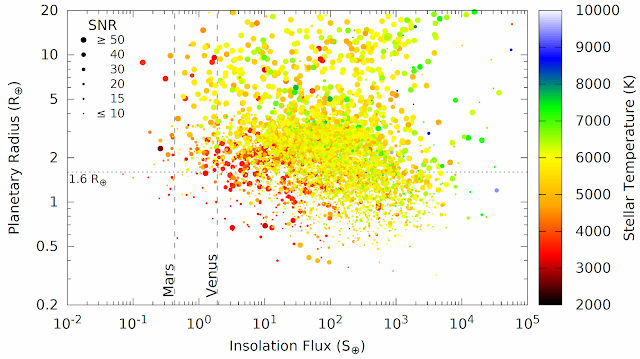 Figure 2: A plot of planet radius versus insolation flux for all planet candidates known in this catalogue. (Note that some planet candidates, particularly those with large radii, lie outside the chosen axis limits for the plot, and thus are not shown.) The temperature of the host star is indicated via the colour of each point, and the signal-to-noise of the detection is indicated via the size of each point. The two vertical dashed lines indicate the insolation flux values of Mars and Venus as a broad guide to a potential habitable zone. The horizontal dotted line is set at 1.6 times the Earth’s radius as a suggested guide to where roughly half of the planets with this size are expected to be rocky. Coughlin et al. (2015) 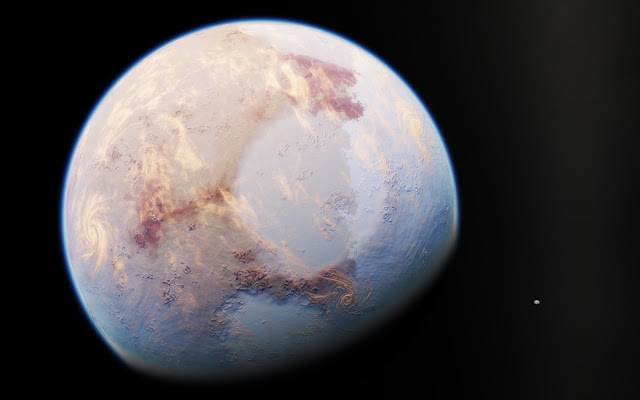 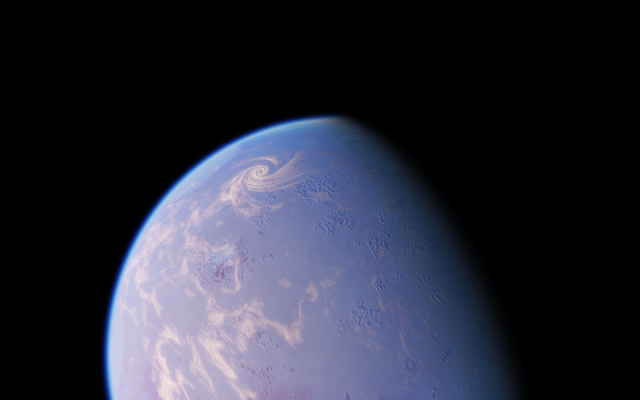 KOI 7179.01 is an Earth-sized planet candidate measuring 1.18 Rᴇ in radius. It orbits a Sun-like star with 1.2 times the Sun’s radius and effective temperature 5845 K. The planet’s orbital period is 407.1 days and it receives an insolation flux 1.29 times what Earth gets from the Sun. The equilibrium temperature on KOI 7179.01 is estimated to be 272 K, or -1°C. KOI 7179.01 appears to be a good Earth-like planet candidate given its Earth-like size and Earth-like insolation flux, and that it also orbits a Sun-like host star.