The Throat of Kraken

Over the years, radar observations by NASA's Cassini spacecraft show that Titan's north polar region has 3 bodies of liquid large enough to be identified as 'seas'. These seas hold liquid methane and ethane instead of water. Titan is so cold that water is rock-solid here. The discovery of seas on Titan shifts extraterrestrial oceanography from a merely theoretical science to an observational science. Apart from Earth, Titan is the only other object known in the Solar System with surface bodies of liquid.

Kraken Mara is the largest of the 3 seas on Titan. The other 2 seas are Ligeia Mare and Punga Mare. Kraken Mare is divided into two principal basins connected by a channel measuring ~17km wide and ~40km long. Referred to as the 'throat', the channel has a NE to SW orientation. To its west is a labyrinth of narrower channels and islands. The 'throat' is somewhat comparable in size with the Strait of Gibraltar on Earth and geomorphologically similar to the Åland strait between the Gulf of Bothnia and the Baltic Sea. 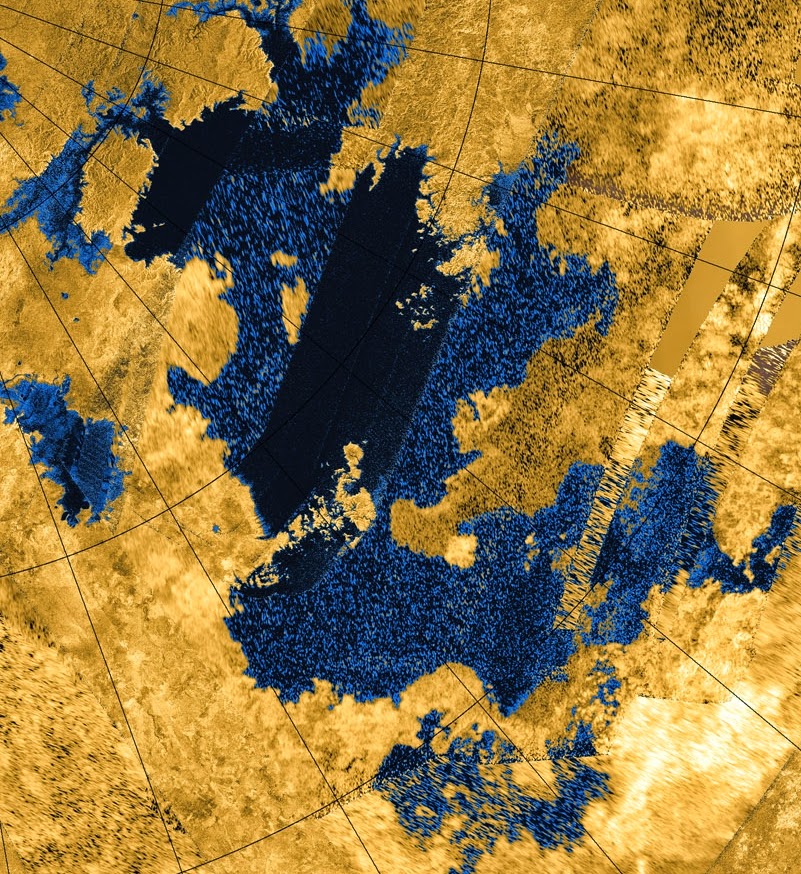 Figure 1: A radar image of Kraken Mare, Titan's largest sea. At ~400,000 km^2, Kraken Mare is believed to be larger than the Caspian Sea on Earth. Image credit: NASA/JPL-Caltech/ASI/USGS.

Connecting the two major basins of Kraken Mare, the funnelling effect by the 'throat' may produce the strongest tidal currents anywhere in Titan's seas. These tidal currents can generate a dynamically irregular sea surface that may be observable by Cassini from radar and sunglint measurements. At comparable sites on Earth, sea surface features associated with tidal currents flowing through narrow channels, such as through the Strait of Gibraltar, have been repeatedly detected by spaceborne radar and sunglint measurements.

A possible telltale sign of tidal currents at the 'throat' of Kraken Mare would be the presence of sea surface roughness (i.e. surface waves) even in the absence of surface winds. Present data from Cassini is not sensitive enough to detect such sea surface roughness. Nevertheless, future observations by Cassini may focus more on this region. The labyrinth of small islands and narrower channels to the west of the 'throat' should also allow the flow of tidal currents, albeit much weaker due to a lower hydraulic conductance as the channels are shallower and narrower. 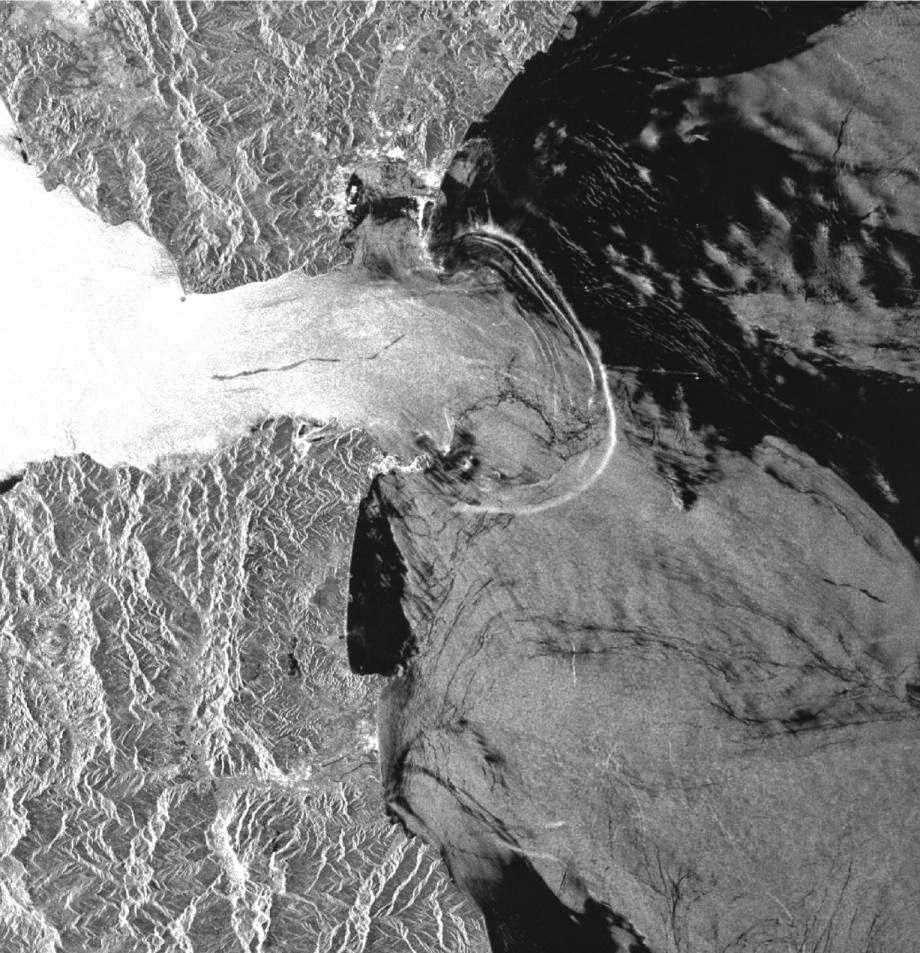 Figure 2: Radar image of the Strait of Gibraltar acquired on 27 August 1995 by the ERS-1 satellite. To the east are a set of waves thought to be the surface expression of tidal currents flowing through the strait. Image credit: European Space Agency.

Reference:
R.D. Lorenz et al., "A radar map of Titan Seas: Tidal dissipation and ocean mixing through the throat of Kraken", Icarus 237 (2014) 9-15
Posted by Koh Xuan Yang at 6:00 AM
Email ThisBlogThis!Share to TwitterShare to FacebookShare to Pinterest 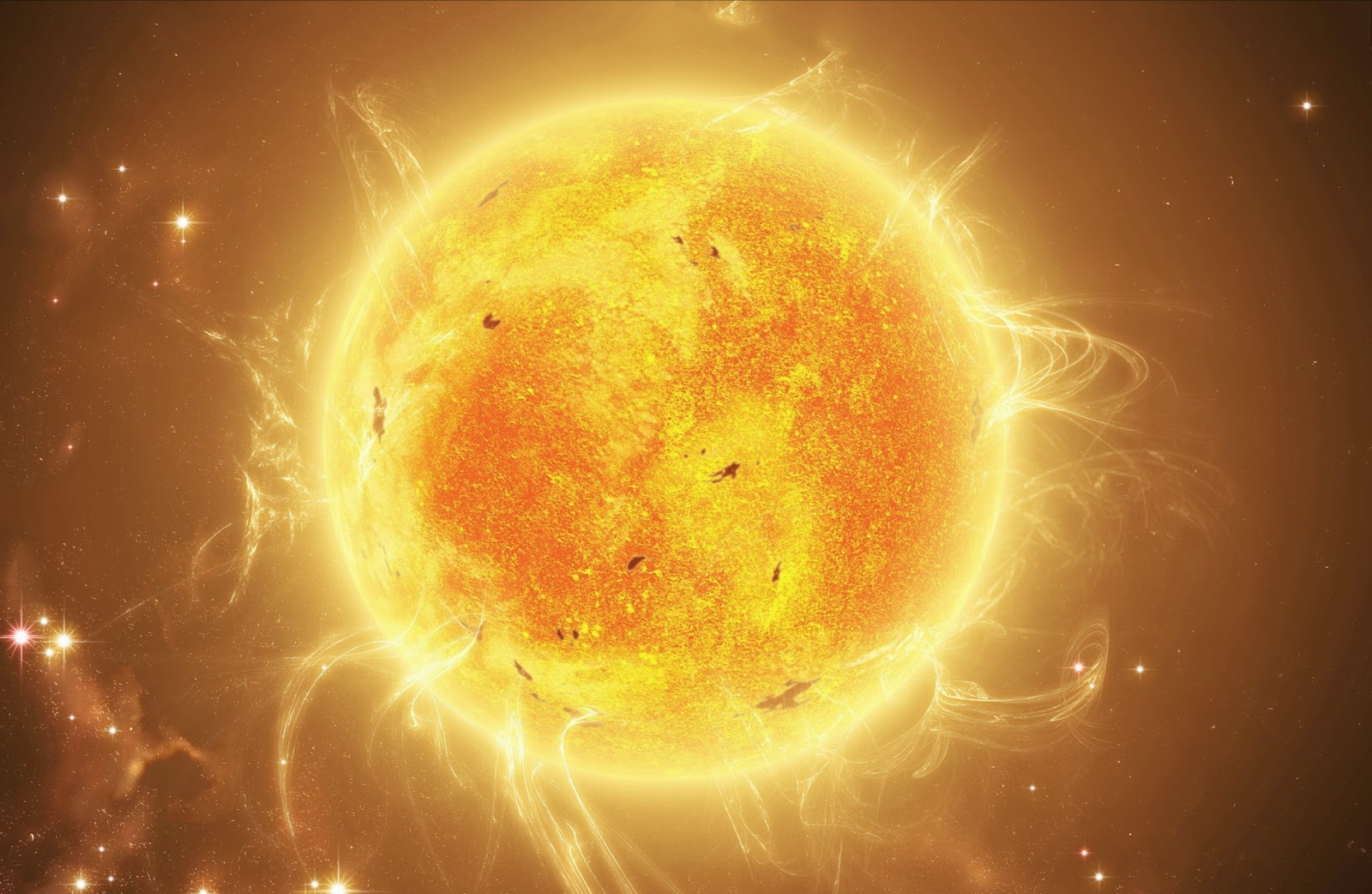 Using the Green Bank Telescope, the world’s largest fully steerable radio telescope, Kaplan et al. (2014) made observations of the pulsar PSR J2222-0137 and its invisible companion. A pulsar is basically a neutron star, an ultra-dense remnant core of a massive star. The observations show that PSR J2222-0137 is 1.20 ± 0.14 times the Sun’s mass and its invisible companion is 1.05 ± 0.06 times the Sun’s mass. Both objects circle around each other with an orbital period of 2.45 days. The pulsar’s invisible companion tugs at the pulsar, allowing its presence to be inferred.

Based on its estimated mass, the pulsar’s invisible companion is not massive enough to be a black hole. Furthermore, the companion’s orbit is too circular for it to be another neutron star since neutron stars form in violent supernova explosions that would leave behind a system with a high orbital eccentricity. Despite deep optical and near-infrared searches, the pulsar’s companion remains invisible. This suggests the companion is probably a very old and very cool white dwarf with a surface temperature of less than 3000K. With such a temperature, it would be far cooler than any known white dwarf and would not be directly detectable. The invisible white dwarf companion of PSR J2222-0137 may have cooled enough to have already crystallised and is now in the faster Debye cooling regime. In this cooling regime, the crystal lattice of the white dwarf causes coherent vibration which allows the white dwarf to cool more rapidly. Indeed, observations of the light emitted by HV 2112 show that it is enriched with the elements rubidium, lithium and molybdenum, consistent with theoretical predictions. Although red supergiants produce these elements as well, they do not produce them in the high abundances observed for HV 2112. Nevertheless, more work is still needed to confirm whether HV 2112 is truly a bona fide Throne-Zytkow object.