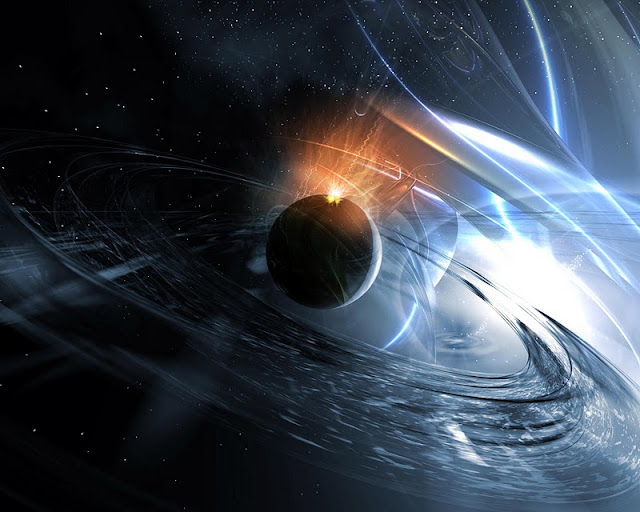 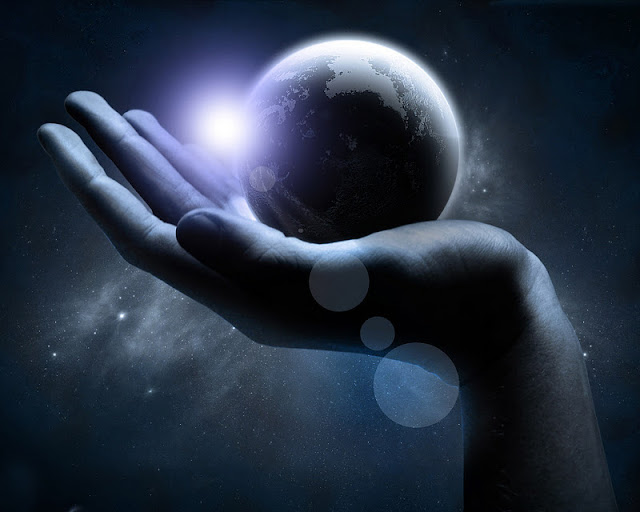 A super-Earth is an extrasolar planet with a mass between 1 to 10 times the mass of the Earth and our Solar System does not have any planets that are within this mass regime. A number of super-Earths have already been discovered around other stars. The four distinct types of materials that could make up a super-Earth with different proportions are iron alloys, silicates, volatiles/ices and hydrogen-helium gas. For a given mass, a less dense super-Earth will have a larger diameter while a denser super-Earth will have a smaller diameter. Thus, a pure hydrogen-helium gas planet will have the largest possible diameter while a pure iron planet with have the smallest possible diameter. However, the upper and lower limiting diameters for a super-Earth of a given mass are highly unlikely with regard to the physical processes involved in planet formation.

A paper by Robert A. Marcus, et al. (2010) entitled “Minimum Radii of Super-Earths: Constraints from Giant Impacts” examines the smallest possible diameter a super-Earth of a given mass can have. Therefore, volatiles/ices and hydrogen-helium gas are not considered and only rocky planets with an iron core and a silicate mantle are considered here. The only way to significantly increase the density of a planet requires the removal of the silicate mantle while preserving the iron core. An effective way to do that is by the stripping of the planet’s silicate mantle by giant impacts.
An example of mantle stripping via collision in our own Solar System is the planet Mercury. By mass, Mercury is 70 percent iron and 30 percent silicate, while the Earth is one-third iron and two-thirds silicates and other materials. Proportional to its mass, Mercury has a higher iron content than any other planet in the Solar System. It is currently theorized that Mercury was initially over twice its current mass with an iron core and a substantial silicate mantle. A large object, roughly one-third Mercury’s current mass, struck the planet and stripped away much of the planet’s original crust and silicate mantle, leaving behind the iron core together with a thin layer of the original crust and silicate mantle.
The conclusions derived from this paper show that the collision stripping of mantle material is an effective mechanism in producing a super-Earth with a higher mean density by increasing the iron mass fraction. It is easier for the collision stripping of mantle material for a lower mass super-Earth to produce a large iron mass fraction as compared to a higher mass super-Earth.
However, even with the most extreme impact conditions, the collision stripping of mantle material from a super-Earth is still unable to produce anything close to a pure iron planet. The maximum mass of a super-Earth with over 70 percent iron by mass is most probably 5 Earth masses since its formation via the stripping of its silicate mantle by a giant impact requires an initial object of 10 Earth masses. The maximum mass of a super-Earth is expected to be around 10 times the mass of the Earth since a more massive planet will probably undergo runaway growth via accretion of hydrogen-helium gas and become an even more massive gas giant planet.
NASA’s Kepler space telescope is expected to find a few hundred planets in the super-Earth mass regime and a sample of them will probably have masses too large for their observed diameters based on standard planet formation. The formation of such dense “cannonball” super-Earths can then be explained by the collision stripping of mantle material to produce a larger iron mass fraction.
Posted by Koh Xuan Yang at 4:12 PM
Email ThisBlogThis!Share to TwitterShare to FacebookShare to Pinterest

Earth-size and probably even Earth-like planets are expected to be common throughout the galaxy; orbiting stars not too different from our Sun. How will such Earth-like worlds differ from our own? A paper by Courtney D. Dressing, et al. (2010) entitled “Habitable Climates: The Influence of Eccentricity” examines how factors such as obliquity, spin rate, orbital eccentricity, orbital distance from host star and the fraction of surface covered by ocean might affect the habitability of Earth-like extrasolar planets. In this paper, regions of a planet that are at temperatures between 273 to 373 degrees Kelvin are considered habitable while regions outside that temperature range are considered uninhabitable.

Obliquity refers to the tilt of a planet’s axis, spin rate refers to the time required for a planet to complete one rotation about its axis, orbital eccentricity refers to how much a planet’s orbit around its star deviates from a perfect circle and orbital semimajor axis refers to the mean distance of a planet from its host star. An orbital eccentricity of zero denotes a perfect circle and an orbital eccentricity of one denotes a parabola. The Earth for example, has an obliquity of 23.4 degrees, a spin rate of 24 hours, an orbital eccentricity of 0.0167 and an orbital semimajor axis of 149.6 million kilometres. In addition, the surface of the Earth is 70 percent ocean and 30 percent land.
Of all the extrasolar planets with measured orbital eccentricities, a large fraction of them have significant orbital eccentricities and this suggests that Earth-like planets in near circular orbits, like ours, probably represent only a small subset of potentially habitable worlds. This paper basically studies the numerous possible types of Earth-like planets and many of the models of Earth-like planets presented are particularly interesting.
Take for example, a desert planet with an obliquity of 90 degrees, an orbital semimajor axis of 1.225 AU and an orbital eccentricity of 0.2. Winter at the southern hemisphere of this planet occurs when the planet is furthest from its star and during this long winter, the southern pole freezes and reaches an incredibly cold temperature of minus 120 degrees Centigrade. For this planet, the southern pole becomes transiently habitable only during northern winter when the planet is closest to its star. The southern pole of this planet experiences the most extreme temperature variations. During southern winter, the planet is furthest from its star and the southern pole experiences perpetual darkness. During southern summer, the planet is closest to its star and the southern pole experiences perpetual daylight.
This paper can be obtained at http://arxiv1.library.cornell.edu/abs/1002.4875 and it investigates the many types of possible Earth-like worlds that can exist. Notable examples described in this paper include:
- An Earth-like planet whose spin axis is tilted 90 degrees, such that the entire northern hemisphere can be in constant daylight while the entire southern hemisphere can be in constant darkness and vice versa, during specific points of the planet’s orbits around its host star.
- A planet where one day has a length of 8 hours or another where one day has a length of 72 hours.
- An Earth-like planet whose highly eccentric orbits around its host star brings it from a distance where most of its surface is scorching hot out to a distance where most of the planet’s surface plunges into a deep freeze.
Posted by Koh Xuan Yang at 10:52 PM
Email ThisBlogThis!Share to TwitterShare to FacebookShare to Pinterest
Newer Posts Older Posts Home
Subscribe to: Posts (Atom)