A Transiting Neptune-Sized Planet in the Hyades 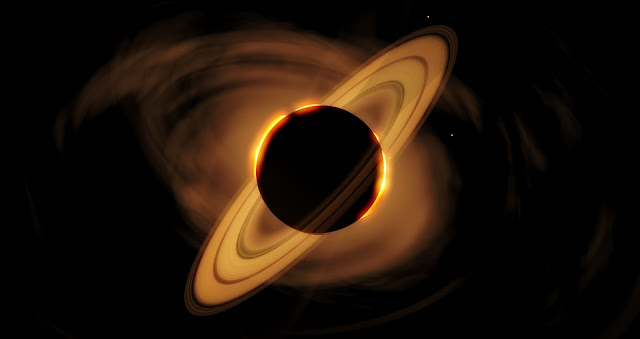 The Hyades cluster is located ~150 light years away and the stars that make up the cluster are 650 to 800 million years old. Using data collected by NASA’s K2 mission over 71 days from 8 February to 20 April 2015, Mann et al. (2015) present the discovery of a Neptune-sized planet orbiting a red dwarf star in the Hyades cluster. This planet is identified as EPIC 210490365b and it is the first transiting planet discovered in the Hyades cluster. By measuring how much light the planet blocks when it transits its host star, the planet is found to have 3.43 [-0.31, +0.95] times the radius of Earth. 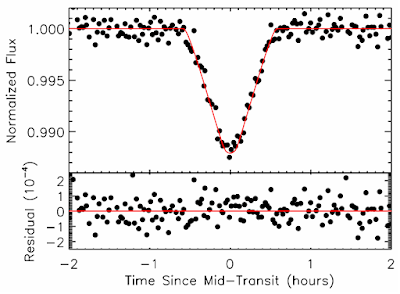 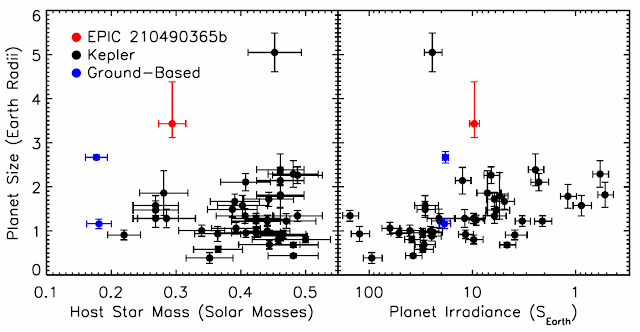 Figure 3: Planet size as a function of host star mass (left) and planet irradiance (right) for EPIC 210490365b (red) compared to transiting planets discovered by Kepler (black) and from the ground by MEarth (blue). Only transiting planets with orbital periods less than 100 days and host star masses less than 50 percent the mass of the Sun are included. Mann et al. (2015)

Red dwarf stars undergo a juvenile phase of elevated activity that can last for a few billion years. Such a phase of elevated activity can potentially strip away the primordial hydrogen-helium envelopes of mini-Neptunes and Neptune-like planets that are in close-in orbits around red dwarf stars. The host star of EPIC 210490365b is a member of the Hyades cluster and this means that the star is only a few hundred million years old - a relatively youthful age when compared with stars such as the Sun. As a result, the large size of EPIC 210490365b could indicate that it is still in an early phase of its evolution whereby the loss of its primordial hydrogen-helium envelope has only just started.