KELT-11b is a Highly Inflated Sub-Saturn 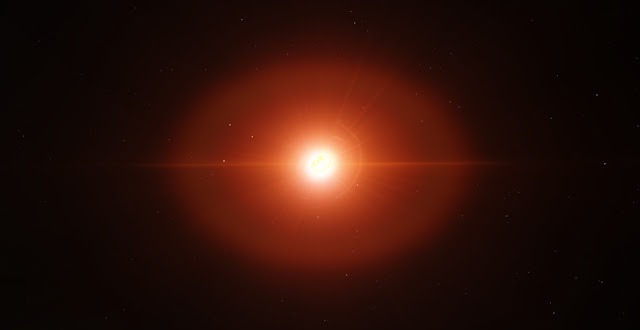 The low gravity gives KELT-11b has an exceptionally large scale height of almost 2800 km. The scale height is basically the vertical distance in a planet's atmosphere over which the atmospheric pressure changes by a factor of approximately 2.718. As a result of its large scale height, the planet's atmospheric transmission signal is expected to be relatively large, making KELT-11b a good target for follow-up and atmospheric characterization. Currently, the host star of KELT-11b is the brightest star in the southern hemisphere with a known transiting planet. 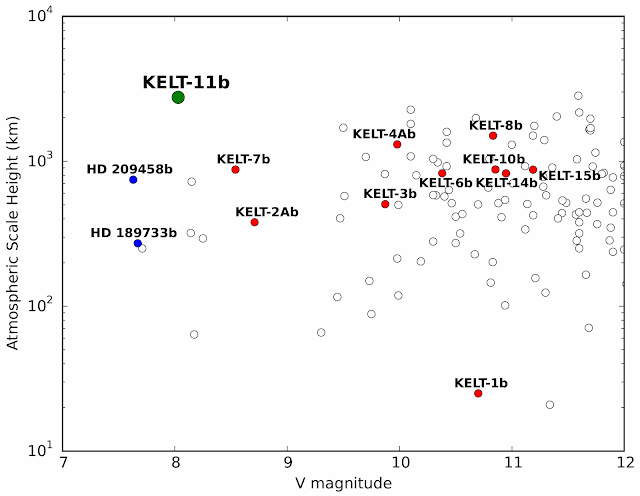