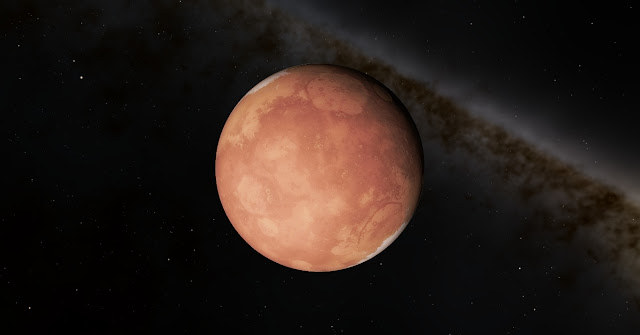 Mass and radius are two of the most important properties that define a planet. However, in the effort to detect planets, usually only the mass or radius of the planet is measured. As a result, there is a need to predict a planet's radius based on its mass or a planet's mass based on its radius. Chen & Kipping (2016) present a forecasting model based on a probabilistic mass-radius relation from a sample of 316 objects with well-constrained masses and radii. The objects span nine orders-of-magnitude in mass, from dwarf planets to low-mass stars. They are classified into 4 classes - Terran worlds (i.e. Earth is in this category), Neptunian worlds, Jovian worlds and stars. With this classification, dwarf planets are simply low-mass Terran worlds and brown dwarfs are simply high-mass Jovian worlds. 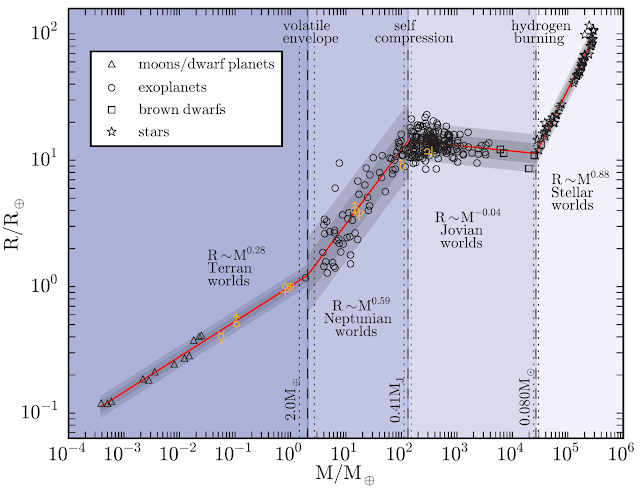 Reference:
Chen & Kipping (2016), "Probabilistic Forecasting of the Masses and Radii of Other Worlds", arXiv:1603.08614 [astro-ph.EP]
Posted by Koh Xuan Yang at 6:00 AM
Email ThisBlogThis!Share to TwitterShare to FacebookShare to Pinterest
Newer Post Older Post Home