Espinoza et al. (2016) present the discovery of BD+20594b, a Neptune-sized mega-Earth in orbit around a Sun-like star with ~96 percent the mass, ~93 percent the size and ~88 percent the luminosity of the Sun. The planet’s density is measured to be high enough for it to be consistant with a pure rock composition. BD+20594b circles its host star every 41.7 days. It was first detected by NASA’s K2 mission, which looks for planets that transit their host stars. The amount of light BD+20594b blocks when it transits its host star indicates that it is ~2.23 times the size of Earth. 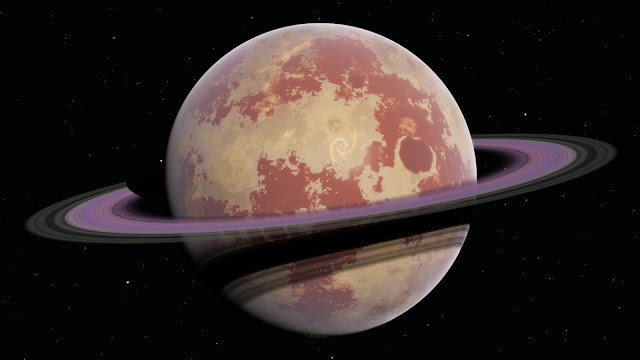 Subsequent high precision radial velocity measurements obtained from the High Accuracy Radial velocity Planet Searcher (HARPS) spectrograph on the 3.6 m telescope at La Silla Observatory in Chile show that gravitational perturbations from BD+20594b causes its host star to wobble by ~3.1 m/s. This allows the mass of BD+20594b to be estimated at ~16.3 times the mass of Earth. With both the size and mass known, the density of BD+20594b is found to be ~7.89 g/cm³. For comparison, the mean density of Earth is 5.514 g/cm³. Such a high density indicates that BD+20594b has a high probability of being a rocky planet even when considering uncertainties of a few Earth-masses in its mass measurement.

BD+20594b is a rare kind of planet because planets of that size tend to have low densities and are composed of large amounts of volatiles. In terms of mass, size and orbital period, the planet that is most similar to BD+20594b is Kepler-10c. Kepler-10c has ~17.2 times the mass of Earth, ~2.35 times the size of Earth and a 45.3 day orbital period. Being a rocky world with many times the mass of Earth, the surface gravity of BD+20594b is expected to be relatively high. On the surface of BD+20594b, the gravitational attraction is more than 3 times that on Earth, and the escape velocity is ~30 km/s. BD+20594b is also quite close to its host star. The estimated temperature on BD+20594b is ~546 K assuming the planet has zero reflectivity, and ~386 K assuming a 75 percent reflectivity. 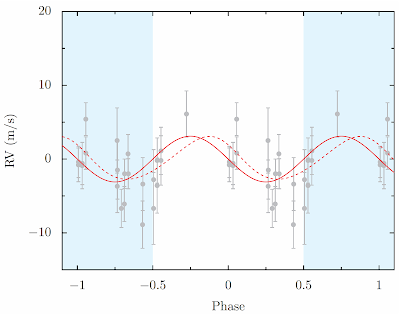