Fulton et al. (2015) report the discovery of a highly inflated hot Jupiter identified as KELT-8b. Orbiting at a distance of 7 million km from a mildly evolved Sun-like star, KELT-8b has an orbital period of only 3.24 days and its dayside is intensely irradiated. KELT-8b was first detected as it periodically transits its host star. Follow-up observations show that KELT-8b has 0.87 times the mass and 1.86 times the radius of Jupiter. The large radius of KELT-8b makes it the second largest transiting exoplanet known; only WASP-17b has a larger radius. The size of KELT-8b places it well above the theoretical mass-radius curve for pure hydrogen planets, indicating that it is extremely inflated (Figure 3). 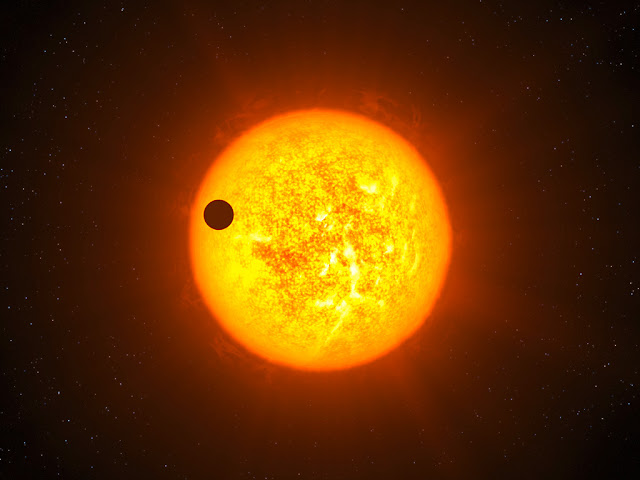 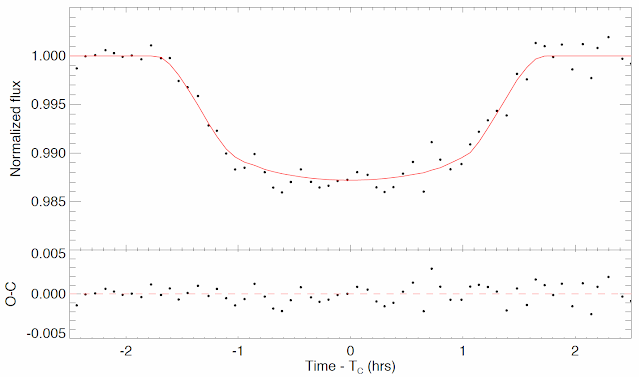 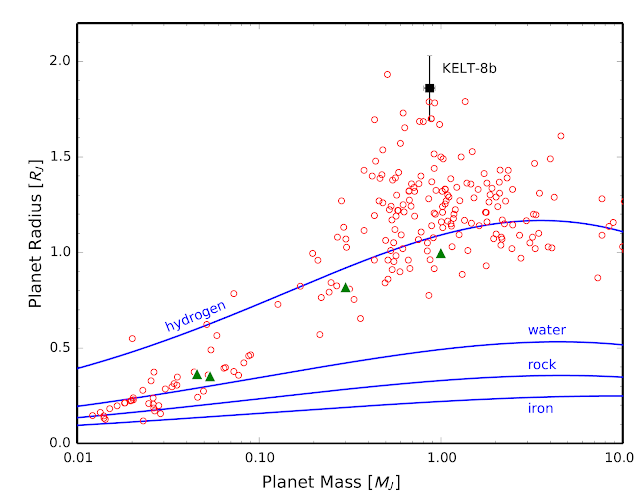