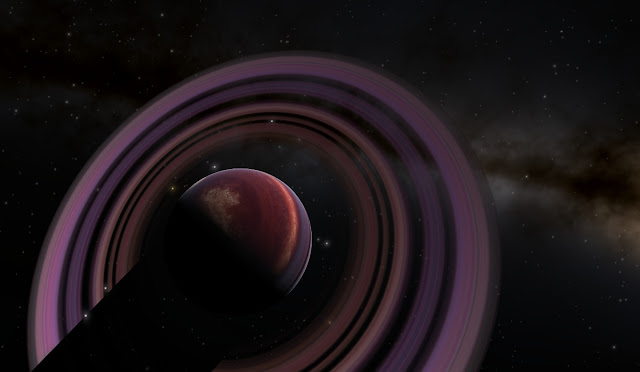 Stars are objects with sufficient mass to sustain hydrogen fusion in their cores, while sub-stellar objects (i.e. brown dwarfs and planets) have masses below what is required to sustain hydrogen fusion. The mass boundary between stars and sub-stellar objects lie at about 80 times Jupiter’s mass and seems to be quite clear. However, the mass boundary between what is considered a planet and what is considered a brown dwarf is unclear. One definition is that if a planet is defined as a sub-stellar object that has not undergone deuterium burning at any point in its life; then the mass boundary between planets and brown dwarfs is about 13 times Jupiter’s mass. Unfortunately, this distinction is weak because deuterium burning only occurs for a brief period and has a negligible impact on the future evolution of a brown dwarf. 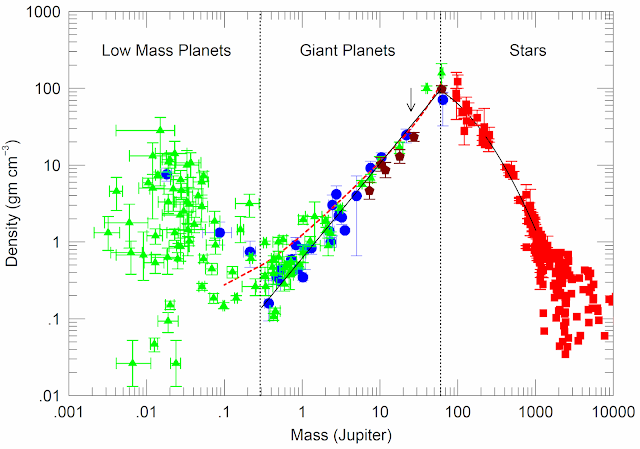 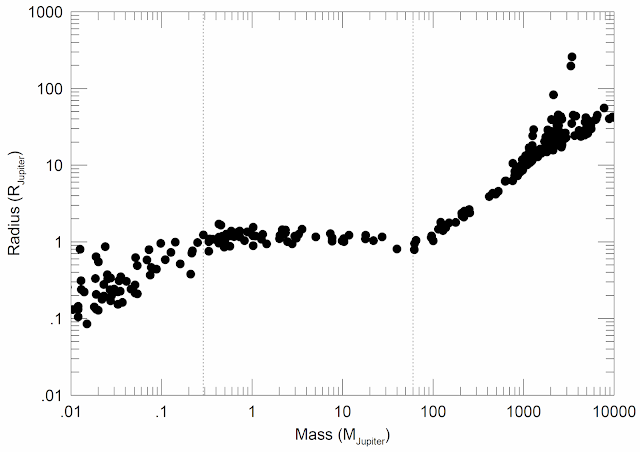 Reference:
Hatzes & Rauer (2015), “A Definition for Giant Planets Based on the Mass-Density Relationship”, arXiv:1506.05097 [astro-ph.EP]
Posted by Koh Xuan Yang at 7:00 AM
Email ThisBlogThis!Share to TwitterShare to FacebookShare to Pinterest
Newer Post Older Post Home