Concept for a Human Mission to Callisto in the 2040s

In 2003, NASA did a conceptual study on a Human Outer Planet Exploration (HOPE) mission to Jupiter’s moon Callisto in the 2040s time frame. Jupiter is orbited by the four large Galilean satellites - Io, Europa, Ganymede and Callisto. Callisto is the third largest moon in the Solar System and the second largest in the Jovian system. With a diameter of 4,821 km, Callisto is nearly as large as the planet Mercury. The surface gravity on Callisto is 1/8th of Earth’s. Callisto is also thought to harbour an ocean of liquid water deep beneath its icy surface. 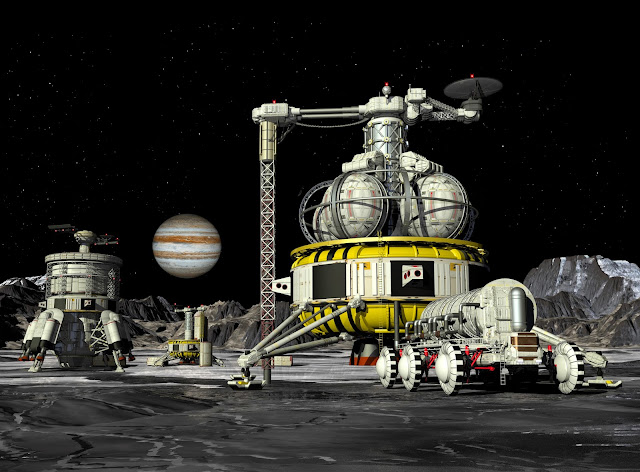 Figure 1: Artist’s impression of a base on the surface of Callisto. Image credit: William Black. 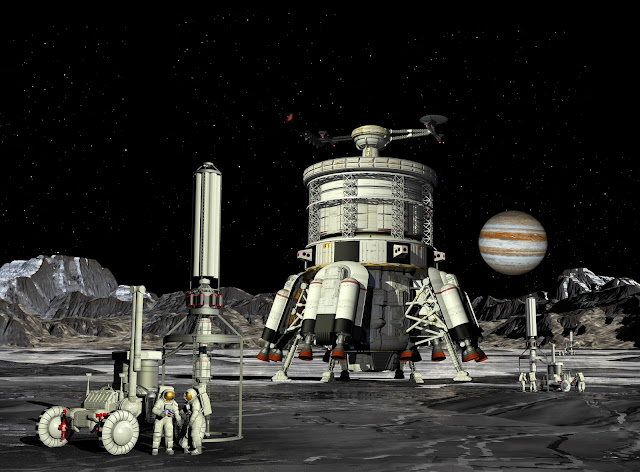 Figure 2: Artist’s impression of a base on the surface of Callisto. Image credit: William Black.

The HOPE mission to Callisto consists of a crew of six astronauts. It employs a split-mission approach involving the use of three separate vehicles - cargo, tanker and crew. Nuclear electric propulsion (NEP) is the method of propulsion for the mission. Each vehicle has an NEP system propelled by magnetoplasmadynamic (MPD) thrusters using hydrogen as propellant. Before departing to Callisto, the cargo, tanker and crew vehicles are 242, 244, and 262 tons, respectively, for a total mission mass of 748 tons. The autonomous cargo and tanker vehicles will depart first to deploy orbital and surface assets at Callisto before the crew vehicle departs for Callisto.

The crew vehicle, also known as the Piloted Callisto Transfer Vehicle (PCTV) is designed to transport the crew of six for the round trip to Callisto. During the transit between Earth and Callisto, the crew lives inside an inflatable TransHab module. The TransHab module is position at one end of a dumb-bell shaped structure attached to the forward end of the PCTV. A number of small liquid hydrogen propellant tanks surround the TransHab module to reduce crew exposure to radiation in deep space. Four large liquid hydrogen propellant tanks are placed on the other end of the dumb-bell shaped structure to act as a counterbalance to the TransHab module. 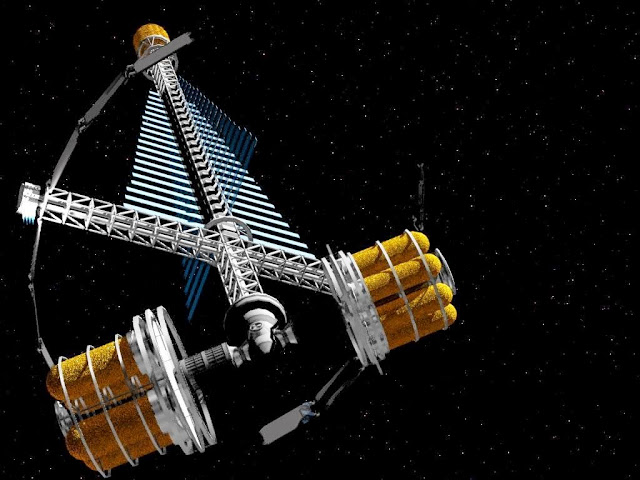 The entire dum-bell shaped structure rotates at ~4 revolutions per minute (rpm) to generate an artificial gravity environment with ~1/8th Earth’s surface gravity for the crew residing in the TransHab module. When the PCTV arrives at Callisto, it will remain in orbit around Callisto. Although the PCTV is designed for a round trip to Callisto, the amount of propellant it carries is sufficient only for its ~2.1 year outbound trip to Callisto. During its 120 day stay in orbit around Callisto, it will be re-supplied with propellant from the tanker vehicle for its ~2.1 year inbound trip back to Earth. The total mission duration for the PCTV with crew onboard is ~4.5 years.

When the tanker vehicle arrives, it stays in orbit around Callisto and subsequently re-supplies the PCTV with propellant when it gets there. Basically, the tanker vehicle delivers to Callisto the propellant required for the PCTV to return to Earth. Its payload consists of four 19 m long by 7.6 m diameter refrigerated tanks, each containing ~50 tons of liquid hydrogen propellant. 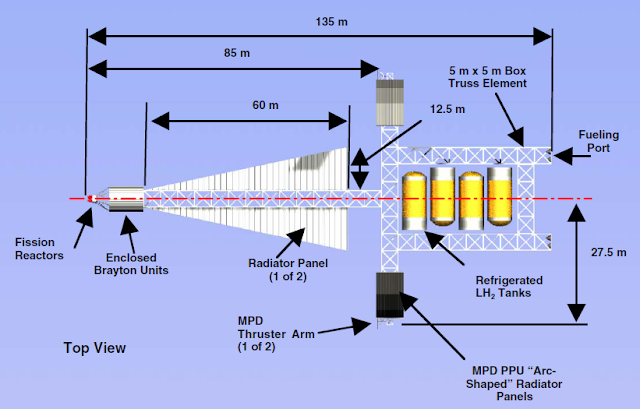 Callisto appears to be a suitable destination for exploration beyond Mars. Being the outermost of the four Galilean satellites, Callisto is situated beyond Jupiter’s main radiation belts. This makes its environment more conducive for human exploration. Settlements on the surface of Callisto will be easier and safer to construct since they require less radiation protection. Furthermore, Callisto is an icy, rocky world with abundant water-ice on its surface that can be exploited to produce rocket propellant. Callisto could serve as a base for exploring the other moons of Jupiter and even Jupiter itself. Moreover, Callisto can serve as a refuel and re-supply stop for spacecraft bound for further destinations such as Saturn or Neptune.