Accreting Material from a Hot Jupiter 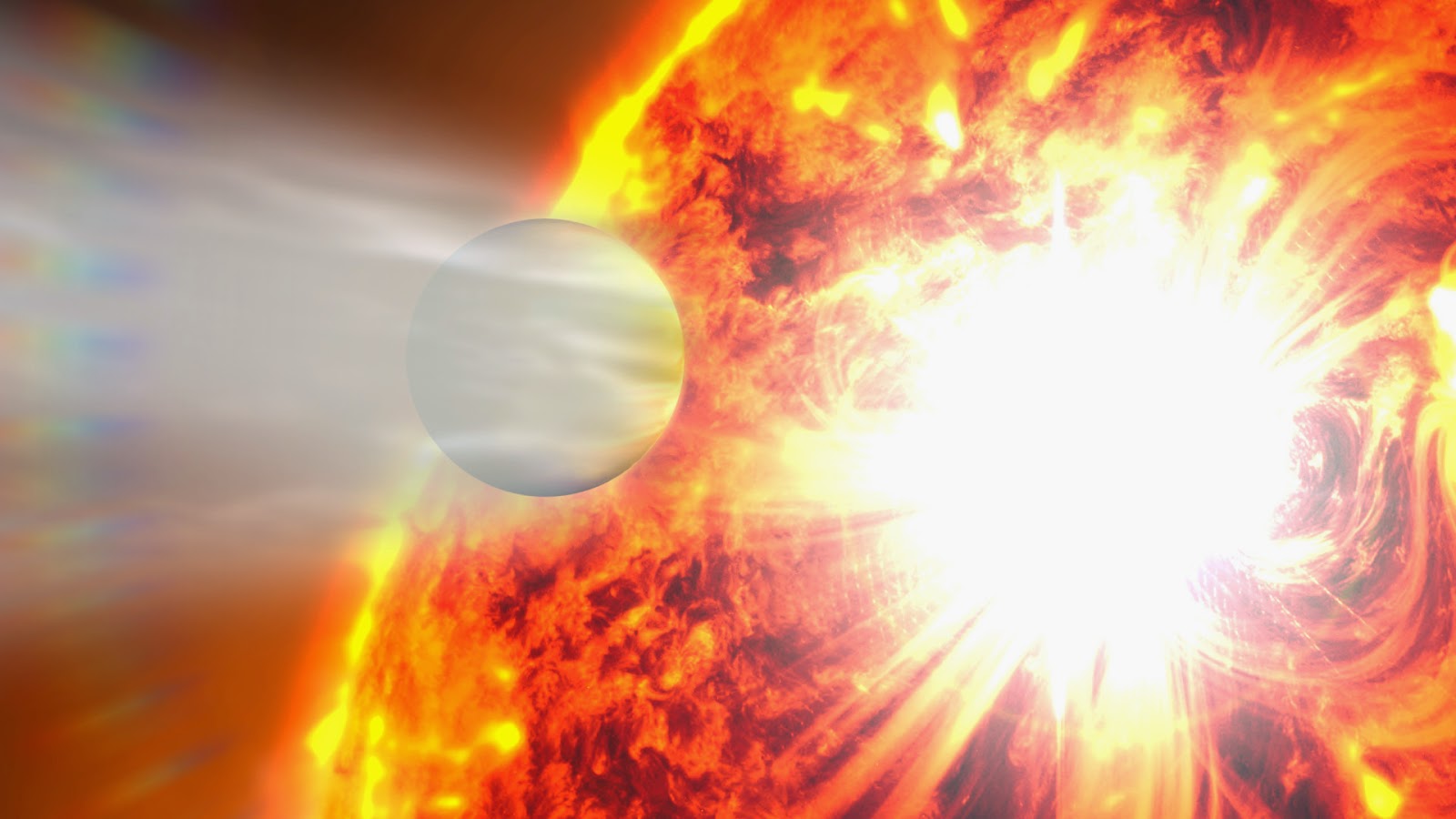 The host star of HD 189733 b was observed with the Cosmic Origin Spectrograph (COS) on the Hubble Space Telescope (HST). The observations revealed the presence of an active spot on the surface of the star. An indication that HD 189733 b is responsible for this feature on its host star is that the active spot comes in and out of view in phase with the orbital motion of HD 189733 b. The active spot is situated 70 to 90 degrees ahead of the sub-planetary point. Essentially, the sub-planetary point is the point on the star’s surface where HD 189733 b appears directly “overhead”. Magneto-hydrodynamic (MHD) simulations point out that the active spot is consistant with material evaporating from HD 189733 b that is steadily accreting onto the surface of the star. The rate at which material is accreted from HD 189733 b is estimated to be ~200 million kg/s.

Figure 2: MHD simulations showing the interactions between HD 189733 b and its host star. The star rotates counter-clockwise and the planet orbits the star along the same direction. The two “+” symbols shown on the left panel indicate the location of the star (red disk) and the planet (green disk). A close up of the impact region is depicted in the right panel, where the motion of the accreting plasma is marked with arrows. The plasma is funnelled by the magnetized stellar wind in an almost radial trajectory close to the star (A), it forms a “knee” structure that consists of hot and dense plasma (B), and then accretes in a spot ahead of the orbital phase (C). The knee (B) of the stream and the active spot (C) are the main sites emitting the observed enhanced flux of ultraviolet and X-rays. Pillitteri et al. (2015).